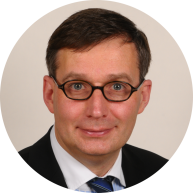 Dr.-Ing. Alfred Engler is head of the Department of Technology Management at Liebherr Elektronik GmbH, Germany, which he has headed since 2008. He received his Dipl.-Ing. from the Technical University of Braunschweig in 1995 with a thesis on the control of asynchronous machines. In 2001, Dr Engler received his PhD (Dr.-Ing.) for the development of control algorithms for inverters in modular and expandable island supply systems. He is mainly involved in optimising electronics for aerospace applications, especially power electronics (PE). This activity includes sensors, mechanics, EMC design, partial discharge, PE, and control. He has presented the results of his work in about 80 publications and patents.